Half Your Employees Are Looking For A New Job

You may or may not have heard of the term ‘The Great Resignation’, but if you are a leader, you are without question experiencing the symptoms and after shocks of it. Have you visited a restaurant, dry cleaner or almost any retail environment and asked: Where did all the employees go? 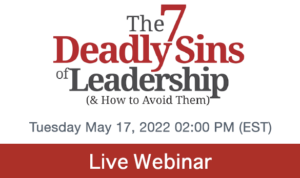 A recent Willis Towers Watson’s 2022 Global Benefits Attitudes Survey indicated “a majority of U.S. employees (53%) are open to leaving their employers. In fact, 44% of employees said they actively looked for a new job during the fourth quarter of 2021 or were planning to seek new employment during the first quarter of 2022.”

Assume half your employees are looking for a new job.
Based on this research you should assume that 1/2 of your team is currently either actively seeking another role or at least entertaining offers as they come along. That research mirrors conversations that we are having with clients as they seek to retain their employees in an environment of low unemployment and rising wages. That is not to say that half your team will leave. It just means that a much larger proportion of your team is ‘at risk’ than we have normally seen.

Why are employees considering a new job?

When considering how to retain your team members you can never overlook pay – especially in a tight labor market and when employees are experiencing high inflation.

Having said that, wages are usually not the reason why employees start looking for a new job – they are however the first reason that employees will give for leaving your employment and moving to a new job.

To uncover the reasons why employees may start considering a move we need to delve a little deeper into the seismic shifts that the pandemic has caused (or at least accelerated) in the employee population.

To understand how much the pandemic changed our attitudes toward work we need to consider exactly what happened in the last two years:

Many people for the first time started to ask: What do I want from work? What am I willing to do/give up?

Even if your team did not go home for an extended period of time, they will still be considering these questions as they have become part of the ‘conversation’ that we are exposed to daily.

The great news is that there is a massive opportunity here if you are able to create an environment that addresses the challenges that employees are experiencing – rather than telling them that they should not be experiencing those challenges in the first place.

The Solution: Create work that matters in a culture that is magnetic.

More than ever employees want to part of something that matters. While employees will often point to wages as the reason they are leaving a company, our experience has been that even a significant wage gap can be overcome if the employee has fallen in love with the culture. That’s weird to say isn’t it? And even if it is true, how can you do that within a larger company? Isn’t that the top leader’s job? The simple answer is: NO. While it is ideal for the the top leadership in a company to spearhead this initiative, it is not necessary for you to be able to do this with your team.

Here is a simple three step process that will help you identify a vision and culture that would be magnetic to your team:

While it may seem that the issues you face cannot be addressed by a process as simple as this, I can assure you that they are not. In today’s world people are searching for meaning. This can often come across as them being self-centered, and in a way they certainly are. However, as long as your people feel that they are not important beyond the productivity they provide, they will see their job as primarily an exchange of time for money. So when another employer offers more money for the same time – they will jump at that opportunity.

The only insurance against your team leaving for more money is to create a culture that they cannot replace. And that is totally within your power.

For more information on how to create a culture that is magnetic to the type of employees you wish to attract and retain, join us on Tuesday, May 17th at 2 PM for our complimentary webinar The 7 Deadly Sins of Leadership (& How to Avoid Them). Click here to register now…

How to Provide Subjective Feedback That Motivates Long Term Change

What do you do with an employee who is getting great results, but you know they are not the cause of those results or perhaps they are getting those results the wrong way?

Some years ago an executive coaching client ‘George’ (not his real name) related to me a particularly difficult challenge he was facing. George was struggling because Sam (also not his real name – but you knew that didn’t you?) was failing in his role as a senior leader. When I asked George what the results were like in Sam’s group, he replied that they were exceeding plan. When I asked how that was possible, he replied that the role was so critical that he had been doing Sam’s job for him for some time.

George was faced with a problem: How do you deal with an underperforming leader when their objective results are strong – even if you know that they are not the reason those results are strong. In other words, your feedback is Subjective rather than Objective, and could be viewed as your opinion.

Even Objective Feedback has a Subjective Component

In some cases, you can show an employee that objective performance metrics are not where they need to be. That is not to say that they will always agree on their performance being the cause of the metric being less than desirable – but at least you have a solid starting point for the conversation.

Note: For more information on handling these type of conversations see How to Avoid Defensiveness When Providing Feedback and Can You Really Get Someone to Change.

Even in the case of incontrovertible objective evidence, leaders are sometimes unable, or unwilling, to see the connection between their operational results and their own leadership skills and/or behavior.

However, it is a much more difficult situation when the results are actually positive, but in your opinion they are either not getting those results the correct way, or perhaps you feel they are not contributing to those results at all. In both of these cases, the feedback you need to give is ‘subjective’ not ‘objective’. This can be the hardest type of feedback to give without creating a defensive reaction from your employee.

What you need is a skill to help you do this that will help focus the employee on what they need to learn and minimize any tendency to be defensive.

The Solution: You Have to Make Your Subjective Feedback Objective

Since so many of our coaching conversations revolve around subjective feedback, we created a process called Making the Subjective Objective™.

Let’s use an example to show how it works:

One of your supervisors is having difficulty driving operational results. You can see that he is not engaging in effective coaching behaviors. Instead, he seems to take great pride in solving operational issues himself. This is lowering overall morale and engagement level in the team. Since he can only be in one place at a time, response times have extended, and problems seem to pile up. This has caused him to complain about not being able to find skilled and hard working employees. You have tried to broach the subject of improving his coaching skills but he feels that he is already a pretty good coach.

In this case there is a mismatch between his perception of his skill level and what you believe his skill level to be. In other words – your feedback is subjective in nature.

Ask the supervisor to rate their coaching skill from zero to ten. Note: We use zero because no one can confuse that with a good score.

If the supervisor gives himself a rating anywhere from zero to eight, they are indicating that there is a possibility that they could improve. The challenge we fall into here is that we get hung up on the rating being correct – at least in our opinion. This desire for a correct score misses the point.

Once they have admitted there is a GAP and therefore there is an opportunity for growth – ask “What would a 10 look like?”

This question will elicit an answer from them that will tell one of two things:

1. They understand that there’s some growth possible, and they also have some ideas of what to do to improve. In this case you can have a discussion with them about how to make these changes. Or,

2. They understand that there’s some growth possible, however they do not know what they can do to improve. In this case, you can ask if they are open to some ideas from you, and then coach them on how to make those changes.

Once again, do not fall into the trap of thinking you have to agree on the actual rating, all you want is an acknowledgement of a gap between their current skill level and where they could be.

This is the tougher scenario. Even a 9 is a 10 in disguise – they just did not want to seem arrogant. In this case, you have to have a candid conversation with them that you do not believe that their evaluation is correct.

This is usually due to either a lack of awareness or a lack of humility.

It is possible the supervisor has never have worked for someone that has been willing to give them candid feedback and they lack the awareness that growth is possible and necessary. While painful, your feedback could be a critical step in their career development.

In other cases it may be case of a lack of humility. And humility is one of the hardest traits to coach. (We will be addressing this challenge in a future post.)

Try Making the Subjective Objective™ today so that you can accelerate the progress of your team.

To become a great leader, you must avoid The 7 Deadly Sins of Leadership.

Discover what’s holding you back from realizing the full potential of your team.